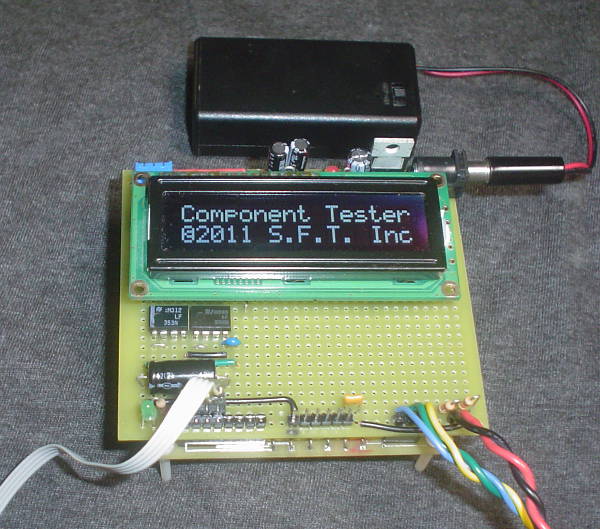 The SFT Component Tester is a microcontroller-driven test signal and measurement unit that uses various common "ohm meter" style test methods to determine whether or not a component is good or bad, and the type of component being tested. The primary purpose of the design was to test a number of 'Proof of Concepts' for microcontrollers in general, as well as discovering the limitations, known design issues, and as many "unknown" or "unexpected" issues that a single project might be able to uncover.

This device is certainly a "work in progress". It was my original hope that I could build an in-circuit test device that would allow me to identify bad parts without actually removing them from a circuit, by testing the device with "safe" signals. Although the hope of that feature remains, I am still working on the basic functionality of the device.

This project remained 'on the shelf' for quite a while, in favor of other projects, because of a problem I discovered with the A:D converter on the AVR microcontroller: Even though the DC input impedence of the A:D converter is relatively high, the nature of the conversion causes 'inaccuracies' to appear when a series resistance greater than about 10KΩ exists between a measured voltage and the A:D converter. This meant that resistance measurements greater than 100KΩ would be highly inaccurate. All of my attempts to reconcile this were pretty much futile. It meant a re-design to include op amp 'buffers' as well as a split power supply to allow for the input voltage range being anywhere between 0V and 5V. 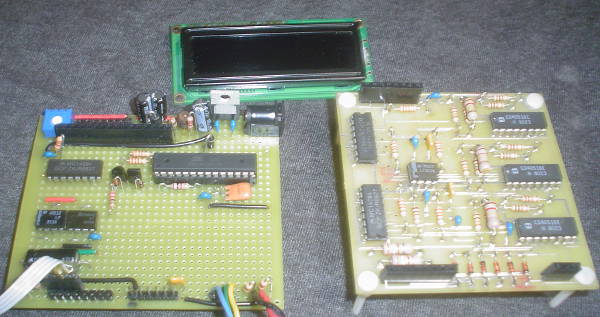 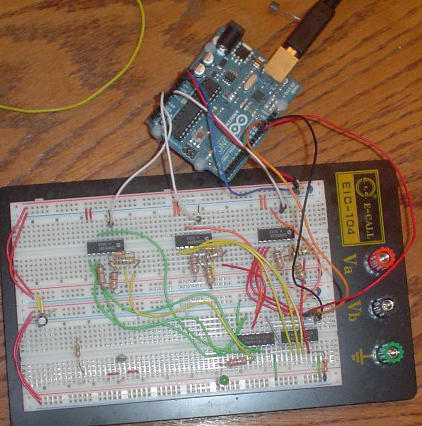 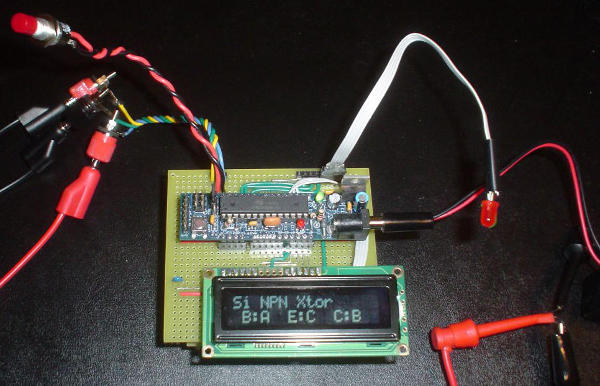 This is the first prototype, Nov 9, 2011. The main board underneath is not visible.